"Since we shape our own reality, it is part of our ambition to make the dreams so real they take form in our consciousness and our lives."

“For those who are awake to what is really happening in the world today, those who study ancient history, those interested in metaphysics, and anyone with any degree of sensitivity, this book creates a longing that wells up from inside that is almost painful in its wistfulness and hopefulness.“

From the Preface by Penny Kelly 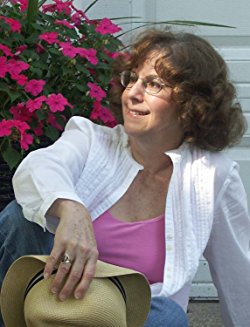 "Helping to build a Conscious World", is an authot, teacher, speaker, publisher, personal and spiritual consultant and Naturopathic physician.

A Challenge For Your Worldview

“There are few books that so quickly manage to get the reader to suspend belief and then open the mind to the possibility that there might be a new view of history and the world, but Zandernatis, Volume 1 is one of them. As a new genre, called meta-realism, which is part history, part fantasy, and part metaphysical, it is a captivating read. If you don’t know anything about the genre, it is easy to believe the story really happened.

The book is based on the 1962 Vostok Expedition to Antarctica. From there, it goes on to tell the story of the discovery of 21 ancient urns buried in the ice with scrolls inside. As the scrolls are translated, they tell of a civilization that lived tens of thousands of years ago on Antarctica when it was farther north and how they lost their high levels of consciousness.

In this first volume of a 3-volume set, the story unfolds along two lines – life in ancient Zandernatis, and life in the modern world where scholars are arguing about whether to share the news of the discovery. It concludes with the main character facing a challenge that leaves you waiting impatiently for the next book in the series. A good read…uniquely creative! 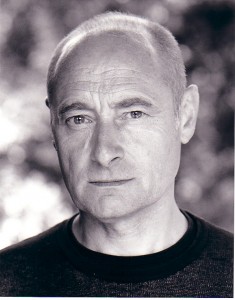 Bill Homewood is a prolific stage, screen and TV actor, authot, screenplay writer and director. Hi is also a poet and was commended by the late Poet Laureate Sir Stephen Spender, who said :" He has a controlled carelessness which makes me very envious, and a swinging gaiety which is quite authentic."

You Will Not Be the Same

Without spoiling anything at all for the reader, as this is recounted on the back cover, I can tell you that early in this confection of a book there is a “Eureka moment”: “… When he emerged from the icy fissure, the Scotsman was at first so excited he was barely capable of speaking coherently. But in the end he managed to describe what he had found… ”

The 1962 excavation of a cluster of sealed urns deep under the ice of Antarctica, and the extraordinary revelations contained in some 400 scrolls found within, could be described – if it happened* – as one of the two or three most significant events in the history of the human race. Keirle-Smith writes: “… without the formative millennia of this remote epoch, preceding all others on the planet, our legends, traditions and heritage from the long-lost past would not be as we know them today.”

*I say “if it happened”. Well, Keirle-Smith convincingly presents the evidence, complete with detailed supportive research in the style of the best tradition of academic scholarship. He leads the reader, as a guru might lead a willing disciple, into his meta-world. The CONTENTS list alone is appetising: there are 17 delicious chapters, with tempting titles such as THE AWAKENING, THE SILVER RIVER or THE GOLDEN CITY.

As an actor I have had the pleasure of recording several books by H Rider Haggard for Naxos AudioBooks: KING SOLOMON’S MINES, ALAN QUATERMAIN and SHE. Rider Haggard presents each of these unashamedly as a narrative of true events, and compounds the lie with the device of scholarly introduction. In recent times, the novelist Dan Brown has similarly presented his novels ANGELS & DEMONS, THE DA VINCI CODE and LOST SYMBOLS as works of scholarship.

We don’t mind this at all. We readers, like theatre audiences, happily suspend disbelief for the duration of the entertainment – indeed we expect to do just that. It is our pact with the artist. Never before ZANDERNATIS, however, has an author demanded that I subscribe wholeheartedly not only to the game, but to accepting, as an act of faith, the ethos and actual substance of his work. I have to say I found this hilarious fun, and marvelled as I read at Keirle-Smith’s endless invention. I am an actor, and always ready to venture professionally into Playland. Here, let me tell you, I did not need a fee. This author is above all an entertainer. There is only one way to read this book: be a rebel, put on your gaudiest costume and go to the ball. There you will find the outrageous Mr Keirle-Smith, your host, out-costuming, out-revelling and outwitting all comers.

I say – do not be afraid. To be sure, reading ZANDERNATIS will be an epiphany – but there is no need to be frightened, as it should only be a temporary epiphany. When you have turned the last page, with passages from the wonderful “Song of Gorin” still ringing in your ears, you can return to your linear world, to your philosophy, to your history and to the safety of those physical or metaphysical explanations for our existence which you have always taken for granted.

Hmmm…I assure you of one thing, dear reader: you can return to them; of course you can. But if you have just read ZANDERNATIS they will never be the same.

“I choose a 5 star rating because this book made me want to talk about it to other people. If you read a lot like me you know most people do not give a hoot about what book you are reading. However this one I was excited to share.

The book created many questions, which is great. It stretched my mind beyond what I knew. Who is to say this book is not based on real facts? What it made me do was research other religions, origins, past lives the in between, and lost cities to name a few...

This website uses cookies to improve your experience while you navigate through the website. Out of these, the cookies that are categorized as necessary are stored on your browser as they are essential for the working of basic functionalities of the website. We also use third-party cookies that help us analyze and understand how you use this website. These cookies will be stored in your browser only with your consent. You also have the option to opt-out of these cookies. But opting out of some of these cookies may affect your browsing experience.
Necessary Always Enabled

Any cookies that may not be particularly necessary for the website to function and is used specifically to collect user personal data via analytics, ads, other embedded contents are termed as non-necessary cookies. It is mandatory to procure user consent prior to running these cookies on your website.